Will The Real Lakers Fan Please Stand Up?

The thing that separates fair-weather fans from true fans is the ability to stick with the team through adversity. No ifs, no buts.

The other kind of “fans” which are infamously called bandwagon fans are those who will fade into the darkness and probably root for a winning team when the going gets tough (a.k.a. when their team sucks). They will root for the popular Y team when it is all over the news but will heedlessly hop on the X bandwagon in the blink of an eye. 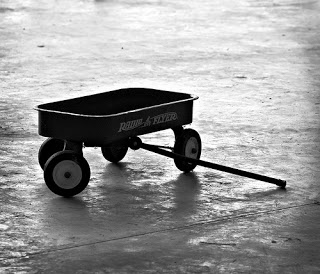 True fans appreciate true fans. Or in urban terms, “real recognize real”. That’s why intense diehard fans freak out when there are run-in-the-mill fans coming out of nowhere when their team starts winning. Years of loyalty and dedication of a team’s true fans get disrespected by bandwagon fans.  Where were you when the team was at the bottom? They didn’t experience the pain of the team’s failed seasons. (Or currently failing seasons. Hi Lakers.) Bandwagon fans don’t know what “sitting-alone-inside-your-room-thinking-what-could’ve-been-if-that-play-worked-out” feels like. They don’t know. They won’t get it because they weren’t there. They were rolling with some other team that was winning.

If you think this is, J.Lin, GTFO. (Photo Credit: Agencies)

In defense of the people quickly being labeled as “bandwagoners”, it’s human nature for people to have a “bandwagon” interest in a sports team, or any other currently famous matter that is making the headlines or winning. That said,  being a fair-weather fan isn’t wrong. If you’re one, I will not judge you.

(Everyone wants to be associated with a winner, right? It feels good to win.)

If you ask me why I won’t judge you, it’s probably because most true fans might have started from being a bandwagoner too (like me) before becoming truly attached to their team thus, growing into real fans. In short, being a bandwagoner is the first step of fanaticism.

There are two ways to get out of this first level.

The opposite end of the fan spectrum points to the “TRUE FANS” side. This kind of fan keeps on supporting no matter how deep the shithole that his/her team is in. They will continue to cheer for their team despite it performing poorly for X years. A good example would be, the Chicago Cubs fans. They haven’t won in 100 years and yet, fans stay loyal.  (It must be a wonderful fan world out there, isn’t it?)

So, what makes a true fan? Repeat after me…

I, <state your name>, is a legitimate fan of <state the name of your team>. I promise to be true to my team in good times and in bad, in highlights and in flops. I will love and honor my team in all the days of my life. I am wholeheartedly married to it in a world where divorce does not exist.

Seriously though, true fans are those who will never leave their team even when the boat is sinking. (Ugh. Cheesy.) The truth is, there are no definitive guide, exact description or authentic requirements except, maybe, for you to feel the same joy or BS that your team is feeling. Suffer the defeats and savor the victories— be in their shoes.

When Kobe was down with Achilles, did you suffer his pain? (Not literally, silly.)

If you did, I love you. You are a true Lakers fan.

When you suffer a post-traumatic shock after a game-winning shot against your team. When your heart got broken after hearing that LO got traded. When you drown in sorrow upon learning a season-ending injury. When you keep on checking but your team is still in the bottom of the standings. When you feel so numb after losing 18 out of 21 games, and the last L was against a Kemba Walker-less Bobcats. When you get frustrated about your coach casually not being smart with his decisions. When you learn that Kendall Marshall got signed and you start dreaming that the Lakers could turn things around, make it to the playoffs, and eventually win it all.

Sometimes being a true fan also means putting your logic aside and accepting your team for what it is. (Kobe for MVP? Lakers 2013-2014 champs? 😛 Goodbye logic.)

Like I said, there are no rules to being a non-bandwagon fan. A true fan does not need to own one piece of merchandise from their team to prove it. Loyalty meter is not directly proportional to the number of Lakers merchandise you own. If you naturally felt Pau Gasol’s emotions when he was on the brink of being traded, Metta World Peace’s grief when he actually got traded, and Nick Young’s every passionate 3, you probably are a true fan.

And if in case you own a merchandise, say a jersey or shirt, a true fan is not ashamed to wear his or her team jersey or shirt despite a disappointing record. (I’m not sure if I’d be proud wearing this jersey though. It’s a tough case.)

True fans don’t have to memorize the history of the team. This isn’t a quiz bee. They don’t even have to know all the stats. It’s all here. If you were born in the year 1996, I won’t expect you to know the “Showtime” Lakers era,  at least immediately. Learning about the Lakers will come out naturally, trust me. You will eventually know LAL things as you go through the course of being a true fan.

It’s just right that we started to pump this LakersNation PH thing up during these times of LA despair. You all know, it’s “for fans by fans” but in a way, it somehow helps gauge which fans are staying for good and bad.

If your answers are all synonymous to “I stayed with the Lakers”. Congratulations, I salute you for being a loyal and true fan.

So, will the real Lakers fan please stand up?

Note: I started being a fan some time during the Lakers Kobe-Shaq 3-peat and didn’t leave the Lakers Nation since then.